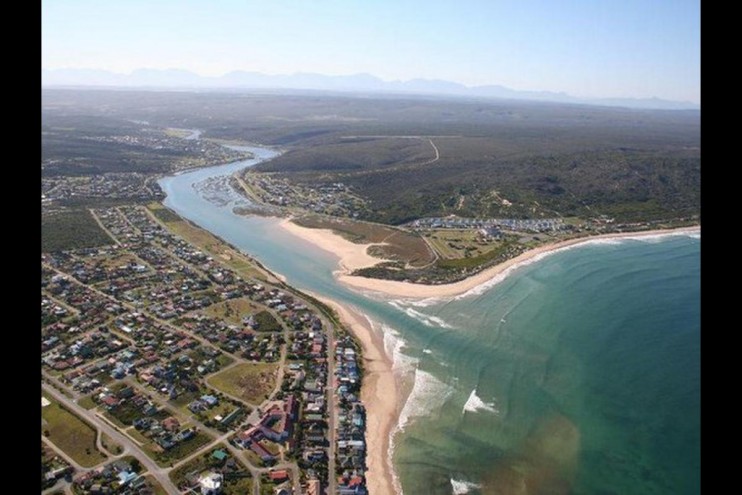 The Hessequa Municipality appointed the CSIR to update the 1993 Management Plan for the sandspit east of the Goukou Estuary Mouth, the Lappiesbaai public beach and the foredune located seaward of the houses east of the parking area (CSIR, 1993). Where-as the study area for the 1993 Management Plan included the foredune area between the Goukou Estuary mouth eastwards to the municipal parking area at Lappiesbaai, the focus is the managed buffer dune located seawards of the public parking area and the eight privately owned houses located directly to the east of the parking area. The study area comprises of a total alongshore distance of approximately 400 m.

The latest information, including available aerial images and topographical surveys, was used to quantify the dune and beach changes over the 20 year period (1993 to 2013) and to determine improvements to the 1993 plan. From the analysis it was concluded that the beach and foredune are in a dynamically stable condition with the upper beach moving seawards within a band of up to 20 metres over the 20 year period since active buffer dune management was implemented.

The prevailing wind-blown sand potential and the effects of climate change and in particular sea level rise were taken into account and the dimensions of an effective buffer dune system are put forward for the study area.

Changes in the shape of sandy coastlines depend on a number of factors of which the most important is the availability and distribution of sediment (sand). Sand along the coast is moved mostly by waves, while the waves approaching the coast are in turn affected by, inter alia, the bottom topography. As the sea level rises, existing topographic features will be located in deeper water and will have a different effect on waves approaching the coast. Features landward of the breaker zone will be in deeper water and will either have an amplified or dampened effect on the wave climate compared to the present. Deep water features may deepen to the degree that their effect on the wave climate is negligible. The points of wave energy convergence and divergence will change. The new locations of wave energy convergence could be expected to experience an increase in erosion while those locations currently subject to energy convergence could accrete if they are exposed to less energy in future. Changes in wave approach will change longshore currents and longshore sediment transport.

In conclusion, the primary hazards to physical (abiotic) coastal infrastructure related to sea storms and climate change are:

The 1993 management plan (CSIR, 1993) is still valid and was used as baseline for the development of the updated plan which brings into consideration the influence of climate change and specifically the potential effect of sea level rise. Specific layout and management refinements are, however, recommended based on the results of regular in-situ observations over the 20 years.

The main metocean drivers related to the above are thus waves and sea water levels (and to a lesser extent winds and currents).

Figure 1: Position and dimensions of the required buffer dune at Lappiesbaai Beach

As depicted in Figure 1, the management plan for the Lappiesbaai Beach areas has the following key components: